My attention was drawn to self talk when I saw a  young  Shreya battle her opponent in an inter school Squash Tournament. Go Shreya ! Go! the little girl kept telling herself as she fearlessly attacked her opponent who was also her senior.

During public performances, one notices people often talking to themselves sometimes non verbally with a self assuring nod of the head or any other affirmative gesture.

I am also reminded of a former  colleague of mine,Neha Bhagat who talked to herself in French. When I quizzed her about this she told me that there no other way to keep improving her command over the language. After all finding another person to converse in French was not easy. .

As children all of us indulge in self talk. This primarily helped us to grapple with situations which our tiny brains could not comprehend. It was our way of assuring ourselves. As adults though,we look down on self talk. In fact ,we make fun of those so called’absent minded professors’ who keep talking to themselves.

I have recently discovered the benefits of self talk. Do I talk aloud too? Yes,sometimes. But it has been a great tool of self- healing for it not only  helped me understand  myself  but also to handle some very difficult situations. It keeps me company, keeping loneliness at bay and helps me take my decisions carefully after a long drawn out inner dialogue.

In fact, it has helped me be intact, string the pieces together and in general be a happy self. To me,self talk is a positive internal dialogue which is usually in silent mode. But,if you give yourself a little time to act out the dialogue between you and your soul, self talk can genuinely turn into soul talk, that will ensure your inner state of well being.

Go ahead,enjoy being with yourself 🙂

Velu the Welder is an educational aid created by TCS IGNITE in order to create interest in this profession which has a huge potential in India  and abroad with an earning potential ranging from 15,000 to 1 lakh a month. It is estimated that India faces a deficit of 2 lakh welding professional as of now.

Studies say that by 2022 the country will face a deficit of 10.3 crore skilled workers in the infrastructure sector, around 3.7 crore in the auto sector and 1.3 crore in the hospitality sector. The numbers are huge and calls for immediate and large scale efforts from the  public and the government alike .

An active National Skill Development Corporation is encouraging  a private-public partnership to address the issue. The government aims to skill 500 million Indians in a span of 10 years which means 50 million every year. This translates to around 4 million vocationally trained   and 1 million engineers every year.

Given the scale of  target  and action the state has got into to achieve it , it is  shocking  that there is  little or no effort put into  creating a pool of certified trainers at the government level. Apex government bodies train a measly number of 1,200 trainers a year. If you look at the infrastructure for training, it’s not impressive either.  The country’s largest and arguably the best training facility is in the Infosys campus at Mysore. It has a seating capacity of 14,000.

Restoring pride in acquiring skills will come when schools learn to  look beyond  syllabus. How about allowing every student pick up a skill of his choice and learn it along with regular subjects?  At one of those rare educational institutions  where skill development is given its due, that is Daly College, Indore, I met students who proudly claimed to excel in carpentry, sculpting etc. Yet the variety is limited. Would schools consider gardening, plumbing, painting, beauty courses as well for skill development?  Then  probably ,we will have a generation that values skills and those  who have them.  Then maybe  a farmer or a mason  will receive the same social status as  a doctor or an engineer.

Yes, efforts are on.  However, a serious attitudinal shift has to happen in the society. What APJ Kalam did to teaching as a profession was raising its value by several notches through his self- proclaimed pride in the job. This has to happen to several other professions. Then perhaps, a father would not protest when his  “highly educated ”son  chooses to become  an Ola cab driver!!! 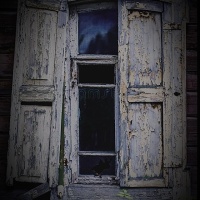