While I am blessed with a unique ability to sleep, for as long as I want, irrespective of where I am and what time it is, I realize it is not so for every one. Well, interestingly some songs have been composed especially to gently lull such among us to sleep.

While at school, during those 3 years of my stay at the boarding house, one constant feeling of deprivation even more than that of the absence of my parents was that of food and sleep.

In general every boarder I have known irrespective of the sumptuous food that students some times are privileged to have especially in schools like Daly College, Indore still manage to suffer from a rather imagined sort of malnutrition that makes them swoon at the sight of good food, well, almost!

This was certainly my case and I was a constant receiver of tasty edibles like ripe and unripe tamarind, goose berries both pickled and raw, pickled mango, ari nellika, sauted tamarind seeds, guavas and many other such heavenly goodies which one managed to crunch on even while sitting in the front bench, right under the teacher’s nose. For my survival of those years as a boarder I owe much to my front bench companions Praseetha, Asha & Sreelatha  who in their day boarder sympathy understood and appreciated my love for food, good food!

The need and desire for sleep was however to me more like the gravitational pull itself and seemed to grow upon me so much that it prompted my class teacher, Mary Kutty Teacher to complain to my father in her unique sonorous voice about my tendency to doze off especially in her classes soon after lunch, to which my father,cryptically replied, turning to me” So, do you need medical treatment?” and I looked down embarrassed. These antics earned me sobriquets like Kumabarakan’s sister, aunt and other such interesting titles which dented my carefully crafted ‘good girl’ image.

While we in India perhaps do not still read to our children, we have been for a long time, I guess singing our children to sleep. That should explain the wide variety of beautiful lullabies which can put any insomniac to sleep, so I guess.

While I cannot speak for all Indian languages from what I have heard so far, I am a great fan of Irayyamman Thampi’s “Omana thingal kidavo, “which I ritualistically and most sincerely sang to my child until she grew up to become aware of the torture( of my voice of course!) and literally banned me from doing the same.

I do still sing it for my own joy and suggest that you too should try listening to it.

This beautiful lyric was composed by Iriyamman Thampi on the request of the queen of Travancore to put the prince Swathi Thirunnal to sleep.No wonder,then that Swathi Thirunnal, himself  has  400 compositions to his credit.

I also love listening to Bombay Jayashree’s rendering of the famous Thyagaraja Kriti, Jo Jo Jo Rama which is nothing but magical.

The Malayalam film song ‘Unni vavavo ponnunni vavavo’ is another brilliant lullaby one could blissfully sleep to.

What prompted me to think of lullabies was the impossibly sweet and addictive Tamil song in the movie, “Yennai Arindhal”, “Unakkenna venam sollu”, which I can listen to the entire day and more. The lyrics and the way it is picturized makes it a treasure trove of love.

A friend of mine avers that it’s Kristina Perri’s  ” A Thousand Years” that puts her to sleep each day, every day. Each to his own.My favorite though will always be ” Omana thingal kidavo” followed by ” Unnakenna venam sollu” until I chance upon something better.

So,what puts you to sleep apart from books and a good lecture? What is your “manna” or ” mantra” to sleep?

2 thoughts on “Of songs and sleep” 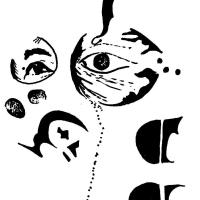 I have a dream.

Your One Stop Mobile Info

“I went to the woods because I wished to live deliberately, to front only the essential facts of life, and see if I could not learn what it had to teach, and not, when I came to die, discover that I had not lived. I did not wish to live what was not life, living is so dear; nor did I wish to practise resignation, unless it was quite necessary. I wanted to live deep and suck out all the marrow of life, to live so sturdily and Spartan-like as to put to rout all that was not life, to cut a broad swath and shave close, to drive life into a corner, and reduce it to its lowest terms...”

Travel in your own way

We love to travel more than anything else!

Respite from the storm