Before the commencement of the great Mahabharatha war, the opposing sides of Kauravas and Pandavas were busy bolstering themselves in defense, securing new allies and doing everything possible to ensure the victory of their respective sides.

It occurred then to Arjuna and Duryodhana to seek out Krishna’s help. Though Krishna was a minor king and though he was  many times derided for being a mere cowherd, with no great kingdom to rule, both had realized his unique value and were keen get the best out of him.

With this plan in mind, Arjuna and Duryodhana set out to meet Krishna. Duryodhana, in fact reached early,only to find Krishna taking his afternoon siesta. Not wanting to disturb and lose out on getting the best of the meeting, he wisely decided to wait and pulled a chair and seated himself near the head of the sleeping Krishna.

A little later, Arjuna walked in to the chamber and sat by Krishna’s feet.

When Krishna woke, his eyes naturally fell on Arjuna sitting by his feet and he inquired the purpose of Arjuna’s visit.

An irate Duryodhana cleared his throat and Krishna turned to him and welcomed him too.

Sensing the purpose of their visit, Krishna said that two options were available for them. One  would be that he, Krishna himself would be part of either of the sides and the other is that all his alliances, army would form the part of the other. He asked Arjuna to choose first as he was the first one Krishna noticed. Arjuna politely informed that he wanted Krishna’s presence with him.

Laughing inwardly at Arjuna’s folly, Duryodhana smartly asked for Krishna’s alliances and army for the formidable war ahead.

Who among the two brave warriors had made the wiser decision and was benefited the most is a well known fact, that which resulted in the resounding victory of the Pandavas.

Pointing to a tiny dot on an image, one of my students who was attempting a speech in the class asked the audience to reassess their place in the cosmos and urged them to shed common follies of jealousy, hatred, prejudice and so on. There is indeed much to learn in this mystic universe, the Pandavas would agree to the same after their meeting the Yaksha by the side of the Enchanted Pool.

So here is a much anthologized story from the Mahabharatha!

The time for their vanvas or their stay in the forest was coming to end and the Pandavas were mostly low in morale owing to their humiliation at the hands of their cousins, led by Duryodhana. The memory of the disgrace of their beloved wife, Draupadi at the hands of Dushassana and other Kauravas in the court of Hastinapur continued to haunt them as well their inability to do anything to stop it.

One day a brahmana reached out to the Pandavas to chase a deer which had run away with his mortar to kindle fire. He desperately needed the mortar to kindle fire for a pooja. Willing to help the Pandava brothers went chasing the deer and were led deep into the forest. Tired and feeling low, the brothers  cribbed and complained about the misfortunes that befell them.

Yudhistira then asked Nakula to fetch some water from a nearby pool. Famished and thirsty, Nakula fell on his knees to drink water from the pool. He was stopped by a sudden voice that called out,” Don’t hurry, son of Madri, I am the owner of the pool.Answer my questions and then only drink the water”. Nakula did not heed this advice and tried to quench his thirst. He immediately fell dead on the ground. When Nakula did not come back for a long time, Yudhistira sent the others one by one. Each of the Pandavas who reached the pool were thirsty and arrogant enough to ignore the advice of the invisible man and rushed to drink water, only to fall dead by the side of the pool.When Yudhistira came to pool the same voice called out and Yudhistira wisely decided to answer the questions. Here are some of them:

‘What is higher than the sky?’ ‘The father’

‘What is fleeter than wind?’ ‘Mind’

‘Who accompanies man in death?’ ‘Dharma’

‘What is the loss that yields joy not sorrow?’ ‘Anger’

‘By giving up what will man become rich?’  ‘Desire’

‘What makes a good brahmana, birth or conduct?’

‘Birth and learning do not make a good brahmana, conduct alone makes him.’

Thus answered the learned Yudhistira attempting all of Yaksha’s questions justly. Pleased, the Yaksha asked Yudhistira to choose to bring one of his brothers to life and he chose Nakula. Surprised and pleased that he had chosen Nakula, born of mother Madri over his own, Lord of Death, Yama, who had come in the form of Yaksha to test the Pandavas granted all his brothers life.

Fools rush where angels fear to tread, said Alexander Pope in his poem, An Essay on Criticism, so it was with the younger Pandavas who inspite of the many difficulties they have faced  rushed to court danger and lose their lives. Where as the wiser and more mature, Yudhistira took his time and patiently answered the questions of the Yaksha saving his life and that of his brothers as well.

Here ends the story of  The Enchanted Pool, hope you liked it!

Yudhistira: The eldest of the Pandavas born of Kunti

Nakula and Sahadeva: Pandavas born of Madri the second wife of Pandu

Duryodhana: The eldest of the Kauravas,who is arrogant and proud

Dushassana: Second to Duryodhana and vengeful by nature

Hastinapur: Lies in modern day Meerut in Uttar Pradesh, known as the capital of the Kuru kingdom in ancient times.

Yama: Is the Lord of Death 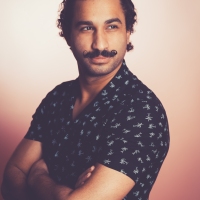 I'm a shattered mirror. Poetry holds my broken pieces together.

My journey of healing through Yoga

An educational and inspiring site about salt, identity, empowerment, and radical self-love

The Money Making Expert is the resource and information center which was created with one task in mind, to help people make money. Check out the blogs & courses