Mayasura was a well-known architect, so renowned that even to this day his magic works for companies specializing in design & architecture. See the links above!

After securing an alliance with powerful Drupad, the King of Panchal through the wedding of Draupadi, the Pandavas were indeed powerful. Sensing this change of equation, the King Dritharashtra, upon the advise and sage counsel of Bheeshma, Vidura, Drona and others invited them to Hastinapura.

The blind king, Dritharashtra knew that it was impossible to have peace at home with the arrival of Pandavas and the rising jealousy of his sons at their prosperity. He therefore advised the Pandavas to build their own kingdom in an area called Khandavaprastha.

Yudhisthira knew that Khandavaprastha was an arid, infertile land which cannot be populated, yet he took the challenge and accepted his father-like Dritharashtra’s order. In Khandavaprastha lived a talented and skilled Asura architect called Maya. To make the Khandavaprastha habitable, Arjuna invoked the fire god and burned the forests down , and while the serpents led by Taksha who inhabited the area were destroyed, Maya, a skilled asura architect was saved from death. Grateful for his life, Maya offered to  build the Pandavas a palace, unlike any other in that god-forsaken jungle. The Pandavas accepted the offer and the Asura immediately set to work.

Mayasura built a palace of such unparalleled beauty that it left the Pandavas awe-struck. With swiveling doors, decorated halls, ponds embedded with precious gems, changing colors and contours of the walls,floors so shining that it looked like a pond and ponds that deceived the eye to seem to be of solid ground and with fragrant manicured forests around the Pandavas got much more than what they had bargained for from their uncle, Dritharashtra and were obviously, delighted to inhabit  the Mayasabha, named after the maker,which, eventually came to be known as Indraprastha.

The Pandavas in their new found glory decided to invite their cousins the Kauravas to visit the palace and the Kauravas, promptly accepted the invitation more out of their curiosity to see the majestic residence of their rivals.

While entering into the magical palace of Indraprastha, Duryodhana was dumbfounded by its beauty. He could not make out where to step his foot, what looked like floor turned out to be water and what looked slippery and shining like water was solid ground. Watching Duryodhana’s antics, the queen of Indraprastha, Draupadi could not hold her laughter. She laughed out in derision when Duryodhana ended up falling into a pool of water and became all wet. While Duryodhana had hoped that no one had noticed him Draupadi’s laughter ringing out aloud in the palace halls, angered him and he feeling humiliated and spurned, decided to avenge his honor. A friendly visit thus sealed the rising animosity of the Kauravas to Pandavas.

Though I cannot recollect the exact title, I remember reading about this incident in the amazingly powerful satire of Shri Kunjan Nambiar, that poet who had the courage and the gumption to ridicule the pomp of aristocracy in his times. I have to make continuous attempts to improve my grasp of the richness of Malayalam literature, the glimpses of which I got through my Malayalam text books prescribed by the State Board of Education,  thanks to the wisdom and greatness of Dakshayani teacher at LSN Convent, Ottapalam, who will stay alive for ever in my heart.

So, here ends the tribute to the marvel of Maya, the asura, the super skilled architect!

Isn’t it what life is, what seems to be is not what it is and Mark Zuckerberg just proved it, facebook is not just a hang out site, it is a psychological profiling site, to surreptitiously gather data of individuals to dictate their social, political and behavioral patterns.

Well, I am still addicted to the Maya of the FB! 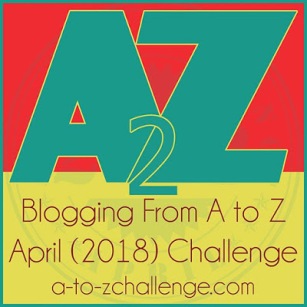 Daily - T-Shirts
Besides the Obvious

How to teach a kid to read

How to teach your children to read

Get A Clear Design

Warden of Words // Shaper of Stories

Travelling is a good way to make your life different as well as fitness and a balanced diet.

Eco-friendly products for a sustainable world

Tracking the insights, stories and experiences of an Indian woman.