In the Republic, the eminent Greek Scholar, Plato chooses to ban the poets from the society on the argument that they are far removed from reality and that they induce passions and corrupt feelings through the magic of sweet rhythm and music.

Really! not really, so I thought as I watched the enthusiastic participation of young people in the cultural fest at the college.

Yes, it was a cultural extravaganza with a well lit stage glittering like a queen, the vast spread of the campus all lit up and blushing, young men and women scouring the place, friends hanging out together shaking a leg, sharing food, jokes, laughter and more.

Across the sea of faces of young people was a sense of purpose and a sense of joy. They looked happy to be relieved of the burden of learning even if only for a day and took to the event with excitement.

In the event that I was organizing, which was sketching, many young boys and girls came on time, and mulled over the theme given to them and produced some very creative and engaging interpretations of ‘Reflection’.

I asked the student volunteers how was it to be a part of this event, they said, ‘it was great to see different perceptions of the same theme and how patiently and carefully each artist worked on their craft’. That observation was enough to tell me that perhaps this is the biggest take away for these youngsters today, to work at your craft with patience and be able to think originally!

After the Treasure Hunt, where the young lot was sent scurrying across the campus, chasing clues and deciphering them in groups of three, the students all blushing from the heat and the run panted as they spoke, ‘we had lot of fun and though we didn’t win, we made new friends!’ Apparently the last clue was of ‘the place they fear to enter’ and they rushed to the dean’s office whereas it was the main stage!, they laughed as they said that.

At the evening DJ night, the youngsters and the adults let their hair loose and danced to the tunes releasing many stressful hormones and replacing it with some happy feelings and experiences.

As the day drew to a close, I realized how important it is to have a stage, a place to discuss, deliberate and express oneself for the young and the old alike.

Now, come to think of it, what avenues of self expression do the poor have in this country, where do they go? why can’t there be more competitions or contest or just fun fest which are affordable to all?

Perhaps given a chance a child or an adult would not want to turn to violence! Maybe more avenues of self expression and self exploration is the way to curb violence!

Perhaps Plato was wrong after all to sagely advise that poetry and modes of self expression are corruptible in nature! 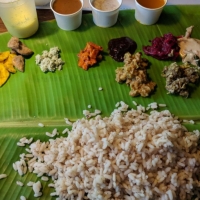 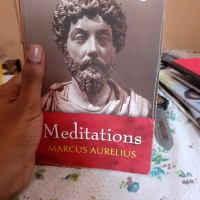