The age of the mind and the age of the body, are they two different things? Do some people ‘grow young as they grow old’ ?Are some among us ‘born old’, tending more to the social ideas of how life is to be lived by grown ups?

The numerous posts and updates on social media never tire of reminding us of those who seem to defy age. Posts on young people, especially children who put on an ‘older act’ are extremely popular so are posts that show ‘age-defying’ antics of the old.

I am most certainly not setting  shop for some anti-aging solutions here. But to think of the age of the mind and that of the body as two different concepts is interesting.

Some among us conduct ourselves in ways too different from those of our ‘body age’, and vice versa.

“I just don’t like the way those of my age use swear words and they think I am different!”, said some one.

“Madam”, a friend of mine was told, “If I were you, I would not wear such clothes, not at your age!”, this unsolicited piece of advice left my friend furious and fuming.

As a society, we, have very clear ideas of how a person at a certain age should behave, the brunt of which is often borne by the adolescents, “damned if you do, damned if you don’t”!

If you look closely, an individual acts different ages at different times, so much like the way we communicate that is obviously different at home, at office, in social circles, while talking to a stranger,a superior and so on.

Should we not then allow for a little of a ‘child in an adult’ or ‘an adult in a child’?!

Say for instance, the sight of a mouth watering delicacy can bring the child in the best of adults and if talked to and reasoned out, many children conduct themselves in ways more dignified than that of an adult.

Have you gasped at the sight of a couple who have a larger age gap between themselves?

The times we live in have definitely allowed us to be more acceptable of gender roles and gender reassignment is becoming more common helping individuals know who they are, outside the conventional norms of ‘defined gender roles’.

How then about age? Age reassignment is not yet happening or is it on the way?

How many times have you been asked to behave your age? How did that make you feel?

In India age is still a huge factor in relationships.

Parents would choose someone of the same body age for their wards in the case of an arranged marriage.

In love marriages which are increasingly gaining acceptance, I don’t think its very different either.

In the professional world there are again very rigid expectations with respect to the age bracket you fall into.

My former boss constantly reminded me of the crippling impact of menopause on performance at work, she being younger to me by one year.

I should have asked her to watch the movie, “The Intern”!

The dedication with which the so-called ‘older generation’ has taken to the world of the internet should, ideally, make us rethink our notions of age.

What is your take on the age of the mind and that of the body? Are they two different concepts?

Have you ever been told that you are too young or too old for a job or a relationship? 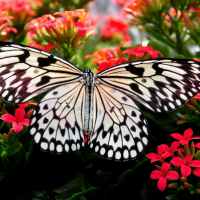